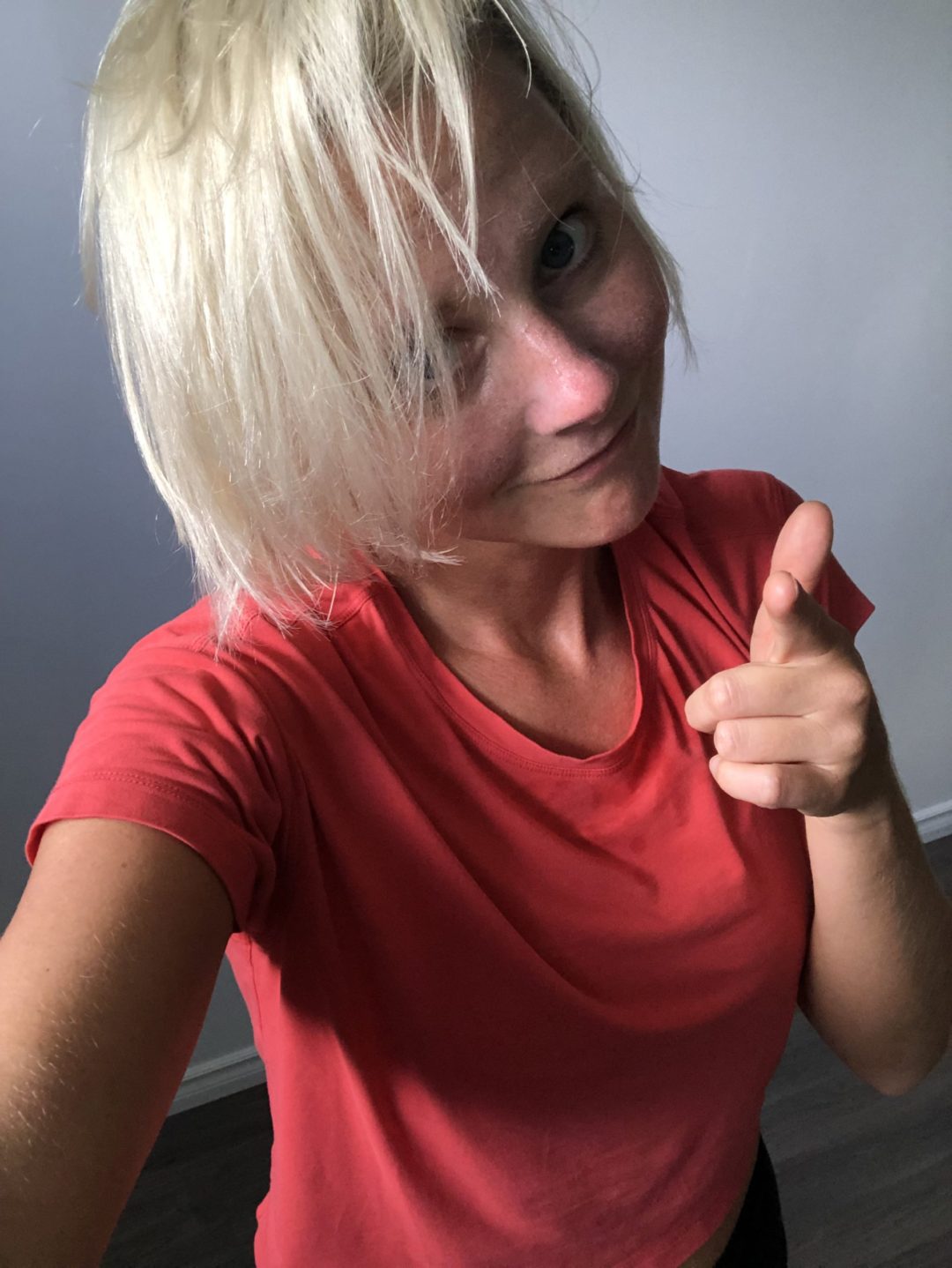 Posted at 06:43h in Cancer, Exercise, Mindset by lmatt 0 Comments
1 Like

I feel great. That’s something I haven’t been able to say for a really long time, without some kind of ‘but’ attached to it. Isn’t that incredible? I feel great. End of sentence.

I’ve been off my pain medication for about 10 days now, and I’m so happy to be done with all of that. I feel clearer and more focused on healing than I ever have, and being off pain medication was a huge first step I needed to take to move forward. It wasn’t easy, because feeling all the things I’ve been taking the medication to avoid for so long was incredibly unpleasant. But more than the physical effects, the emotional and psychological toll was much more challenging to get past. I had to really work hard at reminding myself that the discomfort would be temporary, and worth it. And I was right, it was temporary and it has been so worth it.

So am I off pain medication and pain free? Technically yes. Which is something worth celebrating! But there is a little catch… I saw a second rheumatologist last week to see if there was anything that could come out of it – it never hurts to get a second opinion – and our conversation was very interesting.

One of the things I asked him was about whether he had any insight on the whole ‘my body could be fighting the foreign objects (my implants) and creating an inflammatory reaction’ thing.

I was shocked – no doctor has ever even said that much to me! I was clearly taken back, and asked him more questions. He told me he had one patient who benefited from having her implants removed, and it cleared up symptoms she was experiencing that mimicked other autoimmune diseases. I asked how they knew it was her implants, and he said it was only figured out after surgery. Damn. Back to that.

Then after lots of questions from him about my medical history and symptoms, he talked about how he thought my issue could be spondylitis  – a kind of inflammatory condition and arthritis in the back and spine. I asked him how it could be that, if there aren’t any markers in my bloodwork. He said it doesn’t always show up in tests. Oh, here we are again.

So I’ve been told my implants aren’t a problem by many doctors because my bloodwork shows no inflammatory markers. But now this doctor is telling me that I can have spondylitis without any inflammatory markers in my bloodwork. Do you see why this is so frustrating? I’m always back to the same dilemma – how and when do I decide I have no choice but to remove my implants, as a complete shot in the dark.

The reason why I feel great is this. The rheumatologist gave me a hydrocortisone shot. He said that if I got the shot and the pain went away then it would be a good indicator that the inflammatory condition in my back was likely a problem – maybe even THE problem. I wasn’t interested at first, the idea of taking a shot of medication as a guess didn’t feel right. Plus I was only off the Percocet for a few days at this point, so I wasn’t through the amount of time I needed for the withdrawal symptoms to wear off. To put it simply, I didn’t know what was responsible for the pain and discomfort. It wasn’t until he assured me it is relatively low risk for a possibly big pay off – OH and he may have mentioned that his schedule was booked so far in advance it was kind of now or never – so I decided to give it a shot. A shot. Get it?? Besides, it’s not like pumping my body full of medication was something I wasn’t used to… What’s one more try? I got the shot, booked a follow up and went on my way. He said that if the pain disappeared, and then reappeared in 2-3 weeks then it was a strong indicator that we were on the right track.

So here I am, a week after that appointment and I haven’t felt my achy and radiating pain in pretty much that entire amount of time. Sure, there is a bit of lingering fatigue and malaise… but where did the pain go? It’s gone. Was it the shot? Probably. Or has my pain been better for a while now, but the Percocets had me on the revolving cycle that perpetuated the pain and unwell feelings? I guess I’ll know in a couple weeks.

The very optimistic side of me thinks that maybe this shot will wear off and I will feel as good as ever. Maybe my body just needed time to get back to a place where I didn’t have to worry about it as much. It isn’t impossible for things to just get better – and I’ve been putting in the work with my mind-body connection, mindfulness, mindset and physical rehab – so it isn’t impossible that I just may have made the best effort and a lot of good decisions lately to support this. I am doing this, everything I’ve been working for could finally be here.

My energy level fluctuates, but for the most part I’m happy and hyper. My workouts at the gym have been better than I imagined this early on, and I think being back at the gym (now that you need to have your vaccines, it made me feel comfortable going back) with machines that can help stabilize me so I can be more targeted with my strength training has been a game changer. I’m less likely to hurt myself, or overdue it, or tweak something when I’m being so intentional with what I do. It feels great to be back! And I’m stronger than I thought I would be, so that’s a bonus.

As for the Spartan race I spoke about a few weeks ago – I’ve decided I can’t do it. It pains me to make that decision, because I love jumping into challenges like that… but I’m terrified of hurting myself and setting myself back. Doing hundreds of burpees and all those intense obstacles would definitely be risky, and I just can’t take those risks. My husband is going to do it, and my kids will do the kids race. So this year I’ll sit on the sidelines and cheer them all on, the same way they’ve sat on the sidelines cheering me on so many times before. And next year will be my turn of course.

Well, here’s to another week of strength and optimism!