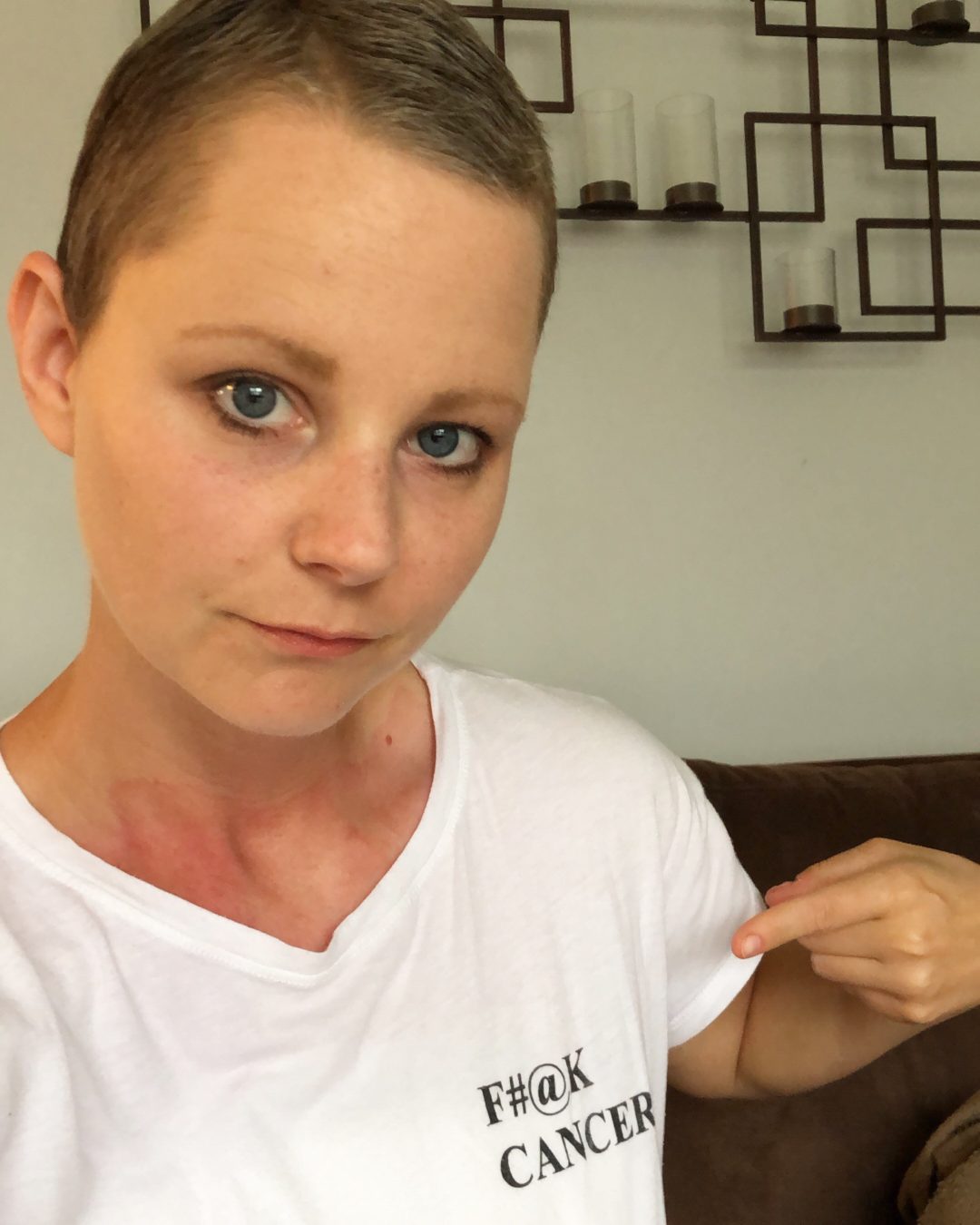 So I went ahead and posted on my social media, letting my followers (and friends and family members) know that I’d be taking on another surgery. I added some kind of inspirational message – like I do – you’re welcome – and of course received an amazing outpouring of support. I am always so grateful.

I didn’t include the whole ‘I might have brain cancer’ angle, because I didn’t want it to explode into something more intense… my assumption is that most people made the assumption that it was something breast cancer patients normally do, to make sure the breast cancer was no longer in the breasts. Whatever they thought, I felt that I had to let people in on the surgery and MRI in general because it would be obvious when my physical appearance changed again, and that I was recovering from something. Or at least I thought this at the time, I realize now that my life didn’t appear to skip a beat.

The surgery was a complete success. It was quick, WAY less painful waking up, I went home the same day and had a much smaller incision site then I expected. It was such a small deal in comparison to everything else I had been through, why in the actual F didn’t I do this sooner? But, I didn’t know. Now I know.

I was back at the hospital the very next day for my MRI, which was also relatively quick and painless thanks to the subscription painkillers and really great care I always get in the MRI department. So now, all I had to do was wait for the results and this whole thing could be put behind me.

Or it’ll ruin my life.

No pressure or anything.

I had a routine follow up appointment booked two days later, along with my usual Herceptin treatment in the chemo suite. Cancer life goes on friends…

I went into my follow up appointment expecting the usual things, and I knew I wouldn’t have my results yet because it was too soon. And that’s what I told all of my very impatient, yet loving friends and family who knew the whole story about what was going on. The nurse went over all my symptoms, took notes, asked questions and did her thing. Then she was reading off her computer screen and told me my MRI was clear, and continued to ask how is Herceptin doing…

Did she just casually tell me between two other unimportant sentences that I didn’t have brain cancer?

I mean cool but, wait maybe she didn’t say that.

I interrupted her, and asked her to say that again, to make sure I heard right. The nurse clearly had no idea of the history leading up to this MRI, and didn’t think to go over it as if it was an important piece of information at all. It’s not her fault, I’m not saying it’s bad – it was just funny how unaware she was of the whole production.

So friends, point is my brain was a-ok.

I apologize for swearing, but sometimes you have to swear to really get your point across. I was so thankful, so relieved and sooooo incredibly ready to move the F on. With my new titties.

Which by the way, my new titties were smaller, more natural, a little odd looking, but overall much more comfortable. That in itself was a huge win for me. I still have another reconstructive surgery ahead of me in a few months time, to allow for the proper recovery from radiation, but until then I’ll be much more comfortable.

Side note – what once were boobs, became breasts with a cancer diagnosis, and then finally morphed into titties since they’re fake as fake can get. No breast tissue, no nipples, no sensations and no more of what they used to be.

They’re better. Because they’re not trying to kill me anymore, and well, I’m pretty happy with that.